First off, I have some good news to share:

The task of creation of database schema where each resource has its own table, by reading the ApiDoc on runtime has been completed! 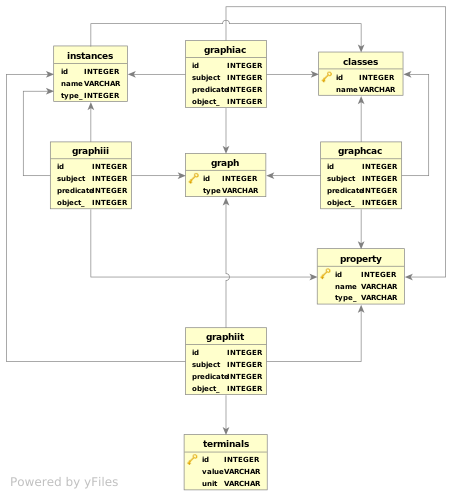 As the new schema depends on the ApiDoc, the below schema is for this Drone ApiDoc.

The ER Diagram isn’t that clear because I didn’t use any tool to draw it; I generated it using a tool called ERAlchemy. Though, I will update it with a better one, ASAP.

I will explain the important bits here:

Benefits of this new database architecture

It took me a little more time than I anticipated for implementing this feature as the previous code for database operation was really tighly coupled to existing schema. There was not that much abstraction between the under the hood database queries and the higher level logic for parsing data.

This taught me how to write better decoupled code so the project becomes maintainable on a longer run.

Also, after completing this feature, I have become confident of ~97-99% of the hydrus codebase. As during implementation, I faced a lot of bugs in between which lead to many pdb sessions through which I navigated through deep stack traces and essentially going over a major chunk of the hydrus codebase, line by line.

I also faced many bugs in between and after spending some time trying to debug, Python’s pass by reference hit right on my face (facepalm!)

All the work I have done for this feature is in this PR.

The Phase 1 evaluations are coming up tomorrow. Fingers crossed.

Also, the next problem we would like to tackle is the Treating collections as a resource in hydrus. Looking forward towards going about it!